You are here
Trying to hide behind a hood did not help the alleged rapist and murderer of Uyinene.  Magistrate Goolam Bawa allowed the media to reveal his name and show his face. Before the case proceeded, Bawa told Botha to remove his hood. This 42- year old former post office worker stands trial for the murder of the 19-year-old University of Cape Town student in August this year. 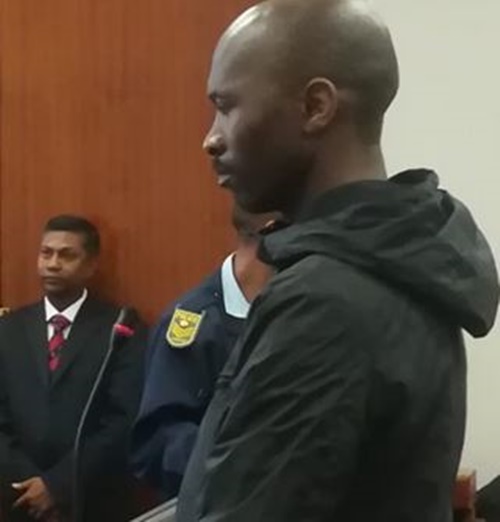 He is also accused of two counts of rape and defeating the ends of justice. His case had been transferred to the High Court in Cape Town and Bitha would appear on November 15. This incident was the final straw for South Africans and saw anti-femicide marches and appeals to government almost on a daily basis.

He opted not to apply for bail. Botha had also confessed to the crimes. From the public gallery the news was met with rumbles of discontent, as some members of the crowd hoped he would be granted bail so they could “deal with him”.

The young student had gone to the post office to check whether a parcel she was expecting had arrived. Botha told her to come back later, claiming he could not access the post office’s system. When she returned later,the accused attacked her. Her burnt remains were found in Khayelitsha.

At her funeral in September, Police Minister, Bheki Cele, told mourners that Mrwetyana fought back while she was raped and was subsequently bludgeoned to death.

According to Deputy Director of Public Prosecutions Advocate, Bonnie Currie-Gamwo, the Mrwetyana family did not attend court yesterday (Tuesday), but would be present for the High Court proceedings.

At her daughter’s funeral, Nomangwane Mrwetyana asked for forgiveness, saying: “I am sorry that I warned you about all other places, but not the Post Office. I am sorry I was not there to protect you and fight for you, my girl.”

South Africa recorded its highest number of COVID-19 cases in one day, as 8 728 people tested positive, bringing the national total to 168 061. In addition to the new cases, 95 more deaths were record...
View on Facebook
·Share