IT WAS do-or-die for the two teams who played in the first scrabble game after commencing the local tournament, which was halted by the outbreak of the coronavirus pandemic.

The tournament, played at Sabie River outside Hazyview between Violent Bank and Marite saw Marite picking up where they had left off before lockdown by beating Violet Bank. This resulted in Marite gaining points from 183 to 281, of which they finished off with 2671 points while Violent Bank scored 2390, respectively.

Event organiser, Thabang Schrimger, said the games were stopped during the national lockdown and only resumed last week when the two teams locked horns. Other teams are expected to start playing again in the comings weeks.

“We always host such games for young and old people to participate in because they also learn in the process. I would like also to invite more people to get involved in games, especially those who are still in high school. We also made sure that we educate participants about safety measures of the coronavirus to protect them,” he said. 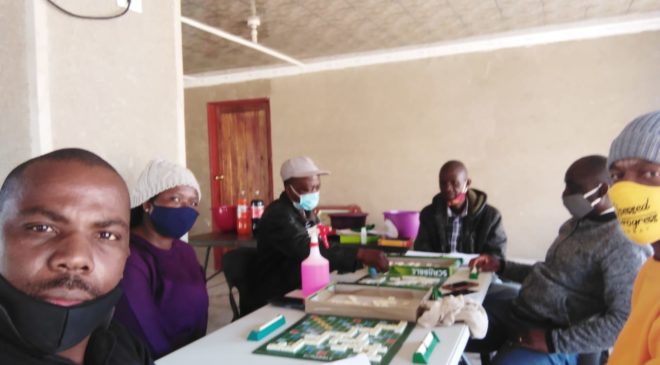 “I am very disappointed with today’s score, however, I must say that our new players tried their best and this shows that in the next few games they will improve,” he said.

“I must also congratulate Marite for breaking the highest score and at the same time introducing a lady into the game, as the game is dominated by men,” he added.

Marite captain, Jabu Chiloane, said they came prepared for the game because they were aware that their opponents consisted of good players.

“We also introduced a woman to our team and I think they thought it would be a walk in the park. However, they did not know that she happens to be one of the best in the field, and that cost them a lot,” Chiloane said.

We are happy with the win and we are also looking forward to our next match against a Mbombela team that will be visiting us soon,” he concluded.

People who would like to take up the game and join the scrabble tournament can contact Thabang on 072 426 2228.

This message is only visible to admins.