MoneyWeb published this report and we are recapping it for the benefit of our readers.

The gist of the matter is that only part of the tender issued by the SA National Roads Agency (Sanral) – for the management of its open road tolling system in Gauteng, national Transaction Clearing House (TCH) and violations processing centre – relates to e-tolls on the Gauteng Freeway Improvement Project (GFIP).

Sanral spokesperson Vusi Mona confirmed this ton Wednesday (27 Nov), while stressing that Sanral had to continue with its operations and be ready for any instruction it receives from the Department of Transport, related to the future of e-tolls. Mona was responding to a request for comment on several claims made by the Organisation Undoing Tax Abuse (Outa) earlier this week.

Outa’s statement followed Sanral’s confirmation at the beginning of the week that it was evaluating tenders it received for the continued management of e-tolls after its existing contract with Electronic Tolling Collections (ETC) expires on December 2. Outa said in an earlier statement which had been published in national media that tender of R11 billion plus had been received for the management of the system. Three companies had bid for this “privilege.”

Moneyweb reported in October that Sanral was in the process of repackaging and expanding the function of its TCH to provide a host of other mobility services. The TCH is currently almost exclusively used for clearing e-toll collections for various toll operators and toll plazas.

Alex van Niekerk, planning, transportation and toll manager for Sanral, said at the time that the initiative will result in the e-toll account becoming a mobility account that could, for instance, be used for vehicle license renewal payments, cashless parking, fuel payments and to use Sanral’s customer service centres for driving license renewals.

However, Van Niekerk had resigned and would leave the employ of Sanral at the end of February 2020.

Wayne Duvenage, founder and CEO of Outa, said on Wednesday that while it conducted robust debates with Van Niekerk, he was unfortunately given the unenviable task of trying to implement the disastrous e-toll scheme. Duvenage said Van Niekerk was no doubt good at his job in many of the road projects he managed, but no amount of expertise could produce the necessary magic to make any semblance of success of the e-toll scheme. “We wish Alex every success in his new role and can only imagine that he will be extremely relieved at being able to walk away from what must have become one of the most stressful jobs in the country,” he said.

Outa said on Tuesday that three companies had submitted bids in response to the tender. They are Phambili joint venture (JV) with a bid of R11.399 billion, Kusa Kokutsha (R7.548 billion) and SAeTO, which did not list a bid amount, it said. According to Outa,  Kusa Kokutsha was only registered as a business on August 26, appears to have been set up specifically to bid for the Sanral contract and, through its directors, is linked to outgoing contractor ETC. 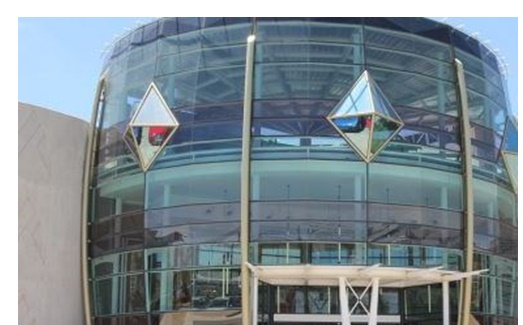 Mona said it is standard practice during a tender process, especially for large diverse tenders, that companies create a joint venture, or form a special company to meet all the requirements set out in the tender.

He said an open tender process is followed and any company could tender.

“While the tender process is still underway Sanral cannot comment on the way in which Kusa Kokutsha is constituted. However, ETC was a special purpose vehicle and could therefore not tender in its current form,” he said.

Mona also said that to date the amount paid to ETC in the past five years is R4.98 billion, excluding Consumer Price Index adjustments and Vat, which is lower than its original tender bid price of R8.8 billion, excluding R2.5 billion provisional amounts for expected costs such as rates and taxes and postage, communication and banking costs.

South Africa recorded its highest number of COVID-19 cases in one day, as 8 728 people tested positive, bringing the national total to 168 061. In addition to the new cases, 95 more deaths were record...
View on Facebook
·Share

#Businesses welcome the easing of restriction to operate
watch the full video using the link below
please subscribe to our channel
www.youtube.com/channel/UCBA3dRiDXUbJIdOQAXM5AQA?sub_confirmation=1 ... See MoreSee Less